A downloadable game for Windows

Robo Rapture is a singleplayer turn-based strategy game where you take control of a team of soulless machines desperately trying to outrun the end of days.  The rapture is consuming the world behind you as you trek forward with the ultimate goal of slaying the Antichrist himself, Neo Satan.

Robo Rapture was developed in 3 Months at Vancouver Film School as a final project.

Robo Rapture was developed by:

loved it!
would love to see more of it tbh

If you enjoyed Robo-Rapture keep your eyes peeled for our next project, it definitely has a similar energy and is by far the biggest thing I have ever worked on.

oooh
definetly will then!

An absolutely great game. With all the retro elements it still feels fresh and new. Loved the music and the sound effects. The game is fun and entertaining.

Thanks a ton for checking the game out! I made sure to share your video with the team!

Keep an eye out there will be more games coming soon.

I've heard of this game thanks to BlackMageMavvy making tweets about the development. I'm glad I decided to take notice of it, it was a very pleasant time and quite polished.

What I find good:

What I thought could be improved:

Overall, I think that this could have a lot of potential as a game. As a small project, from a small team in a small time frame, this is very good. Difficulty aside, there's a lot of polish in this game. You all did very good!

Wow thank you for the clear and concise feedback! Definitely will take it all into consideration for future projects. 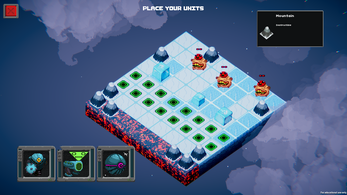